How a Yoga Practice Keeps Me Connected During Social Distancing

At Set and Flow, a yoga and fitness studio in Hollywood, yoga teacher Nick Wilder creates a space where people connect and flow with their mind and body. His practice is powerful. When the world feels like it’s spinning out of control, Wilder holds a safe space for people to release. For a little over a year now, his classes have helped me through hard times and encouraged me to get to know myself better. During shelter in place orders, he’s ensured that we still get to connect virtually. “Yoga forces us to not react to our own flaws,” Wilder says. “It's okay to struggle. But how we respond is ultimately most important.” When LA was forced into social distancing as a result of the COVID-19 pandemic over four weeks ago, Wilder responded quickly, announcing three classes a week on Instagram Live and custom Spotify playlists.

Yoga is an incredible tool. It balances, connects, and centers me (for an hour at least.) Our current collective experience is challenging at best, and traumatic or life-threatening at worst. Not everyone is feeling inspired to move their bodies or to be zen. My coping mechanism is to move my body as much as possible. Yoga ultimately helps us observe the things we can't control, rather than react to them—an invaluable skill right now. He compares holding your least favorite yoga pose to being stuck in traffic.

“If you hate it, how is that different from sitting in traffic and being mad at someone who cuts you off? You can't control that person and you can't control the traffic, but you can control how you react,” he says.

Covid-19 has forced us all to sit in indefinite traffic. We are being forced to slow down and feel all the feelings. Some good will come. For me, yoga eases the pain, offering a euphoric connection between mind and body. You can realize things about yourself that you might never have had space to otherwise. While we’re searching for answers to our questions, yoga can offer some help via its spiritual element. Wilder says he isn't a religious person, but still found spirituality through his practice. “My brain is open to that,” he says. Exploring that allows access to yoga’s ultimate benefit: self-awareness. For Wilder, true acceptance of self is yoga’s biggest reward.

“We are imperfect, all of us have flaws,” he says. When the world stops, as it has, many are forced to meet the rawest version of themselves for the first time. I’ve come to realize that for me, yoga has been a quarantine of sorts from the “real world.” On the mat, I am by myself for an hour, moving through somewhat bizarre poses, breathing, and engaging muscles I never thought I would. I connect with myself. I meditate. Yoga has been a preparation for what I am now experiencing. For those who are new to the practice, yoga is here to help make this time easier. Right now, we have no idea what tomorrow will bring or how long this will last. We have to take care of ourselves and each other, and we can start today. 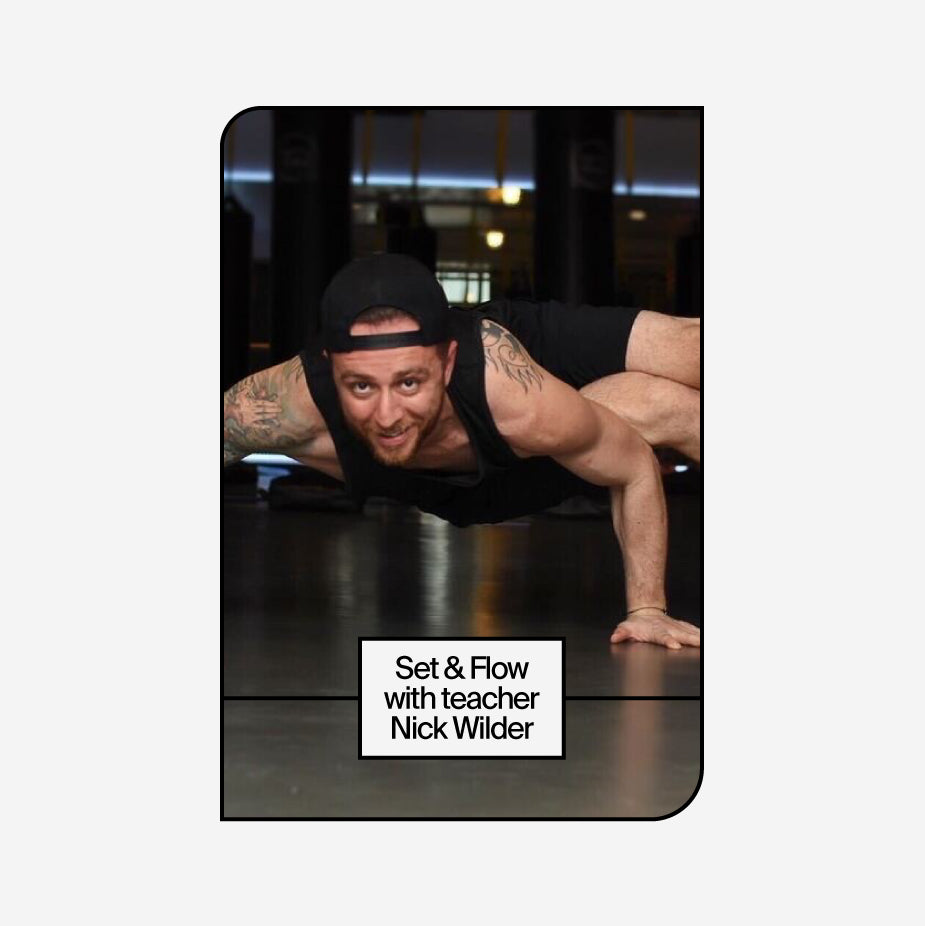