Jacob Jonas is the founder and artistic director of Los Angeles-based Jacob Jonas The Company, which communicates stories through a wide range of movement, from breakdance and acrobatics to contemporary ballet. Jonas and his Company’s work have attracted a broad and appreciative audience, and in turn, they’ve been drawn into the orbit of a universally-known creative—in late 2019, Kanye West tasked the dancer with creating the choreography to accompany his opera performances. We met at the Los Angeles Ballet, where Jonas and his company were in rehearsals for an upcoming commission. 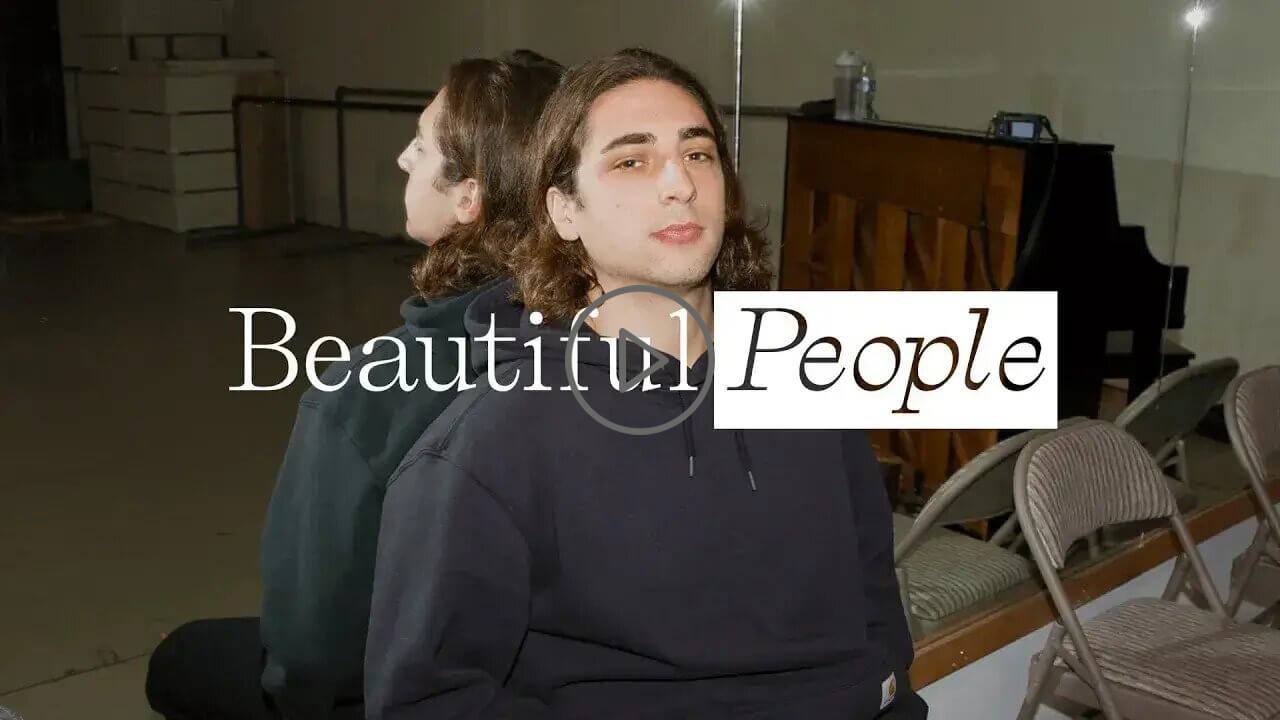 Where and when did your story with dance begin?

My story with dance began when I was thirteen years old. I skateboarded down to the Venice Beach boardwalk and found a group of street performers and was very inspired by their athleticism and their ability to stop the everyday person walking down there and just inspire them. That was kind of how I got into dance—through street dance and acrobatics.

Can you speak to the community you’ve made through your company? What do the dancers here offer one other that is really unique?

Community is a big part of what we do, it’s kind of the core mission of our company. The human connection of art is so important in today’s world, bringing people together to inspire one another and encourage and support one another. As artists, I think that support, in general, is super needed. For us, we’re not really in competition with any other dancer, maker, artist, creative thinker. We’re just trying to pave the way for ourselves and support the community around us to do the same. 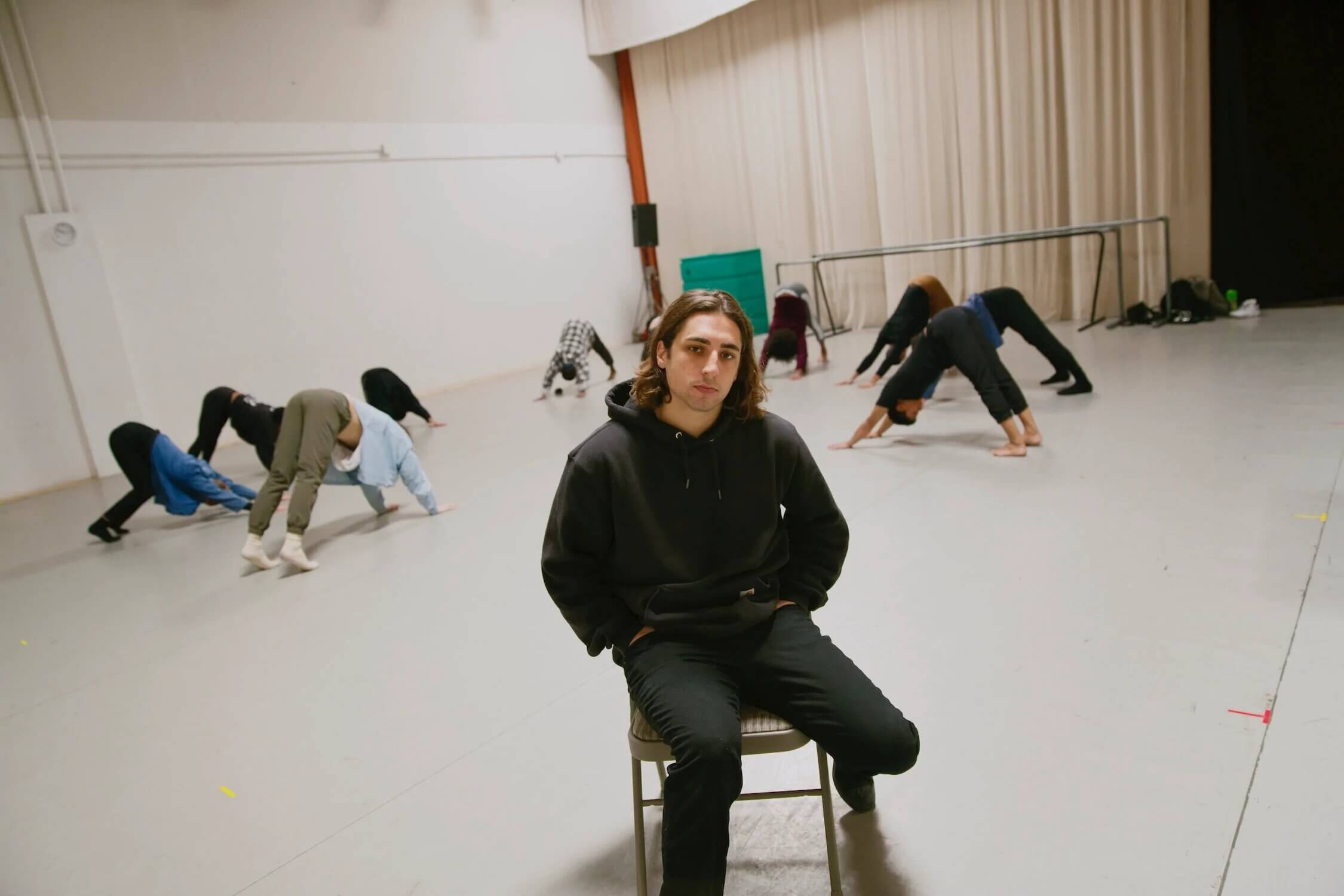 Can you speak about expression through your body movement? There must be some kind of energetic communication that is more clear through music and dance than words, and I wonder if you’ve discovered something about yourself through movement.

Dance has this very unique way of fulfillment for someone individually, but also as a form of communication. It does things that words can’t. It does things that sound can’t, necessarily. It expresses these physical metaphors that are very transparent to the people watching. It’s selfish for the one doing it. For me, I never really did well in school, I never really was good with reading comprehension or sitting still. So dance offered this utilization of my body that nothing else really did. Sports did, but it didn’t give me the artistic output that dance did. And yeah, for audiences I think it’s a very unique way to see beauty in the human body—that is rare, I think, in today’s world.

Was there some kind of realization you came to when you discovered dance? What clicked about it? What made sense to you?

There’s a really strong sense of release that happens when you’re dancing, especially when you’re improvising, that kind of lets go of emotion. So a lot of people think about dance emotionally, and some people think about it abstractly. I think either way, there’s a release of emotion if you’re dealing with pain or with anything, for both the audience and the subject, that release of physical expression really resonates. It’s a physical tool for therapy rather than talking about your emotions. And I think that’s a really important part about dance. It says things that words necessarily can’t. It’s used as a physical metaphor in certain contexts that a script or movie or filmmaker can’t really illustrate—you really need the body to do it.

It’s helpful to get that out of your body instead of holding it in.

Dance is very therapeutic because it releases things. If you’re thematically thinking about ideas like pain or carrying weight or struggling about something, you can really physicalize those things. But it’s also really cool because it pushes into the intellectual side of your brain, too. You have to problem-solve, you have to think about architecture and design and shapes... and then when you’re moving with other people… For me oftentimes when I’m in a leadership position, you have to think about how to communicate with other people and how to inspire other people and bring out the best in other people. It’s constantly doing a lot of things for me. I think that ability to never know how to do it right is what keeps me doing it and excited about it.

What’s it like to work with someone like Kanye West, who is a fellow artist, and how is that different from working for yourself or for a brand?

What I can say is that working with artists at a very significant level with a lot of different pressures, and brands, especially when you’re dealing with projects with so much money involved and so much on the line and so many people that you’re overseeing directorially, it heightens how you communicate and it heightens the product, the result of what you’re trying to make. But working with people that are much more significant in the world, creatively, how they perceive what you’re doing will actually help you, I think, to take the formula and the patterns, the things that you are comfortable doing in a process, and it helps you think about things much differently. But there are certain artists that are masters at what they do. And it’s a very humbling experience to be able to work with them, for sure.

Is there a moment in your career recently that you felt things click into place?

I think throughout my whole career of doing this, although I’m still pretty early on in that, there’s been different kinds of chapters where you learn something and then you form that lesson into the next chapter. There’s been many of those. The first really important thing that clicked into place for me was when people first saw my work and validated it, and the press wrote about it and audiences supported it… There’s been a lot of things in between but the most recent thing is kind of the delegation of my team and really being able to let other people work towards a bigger vision than just my own, and trusting them to do that. 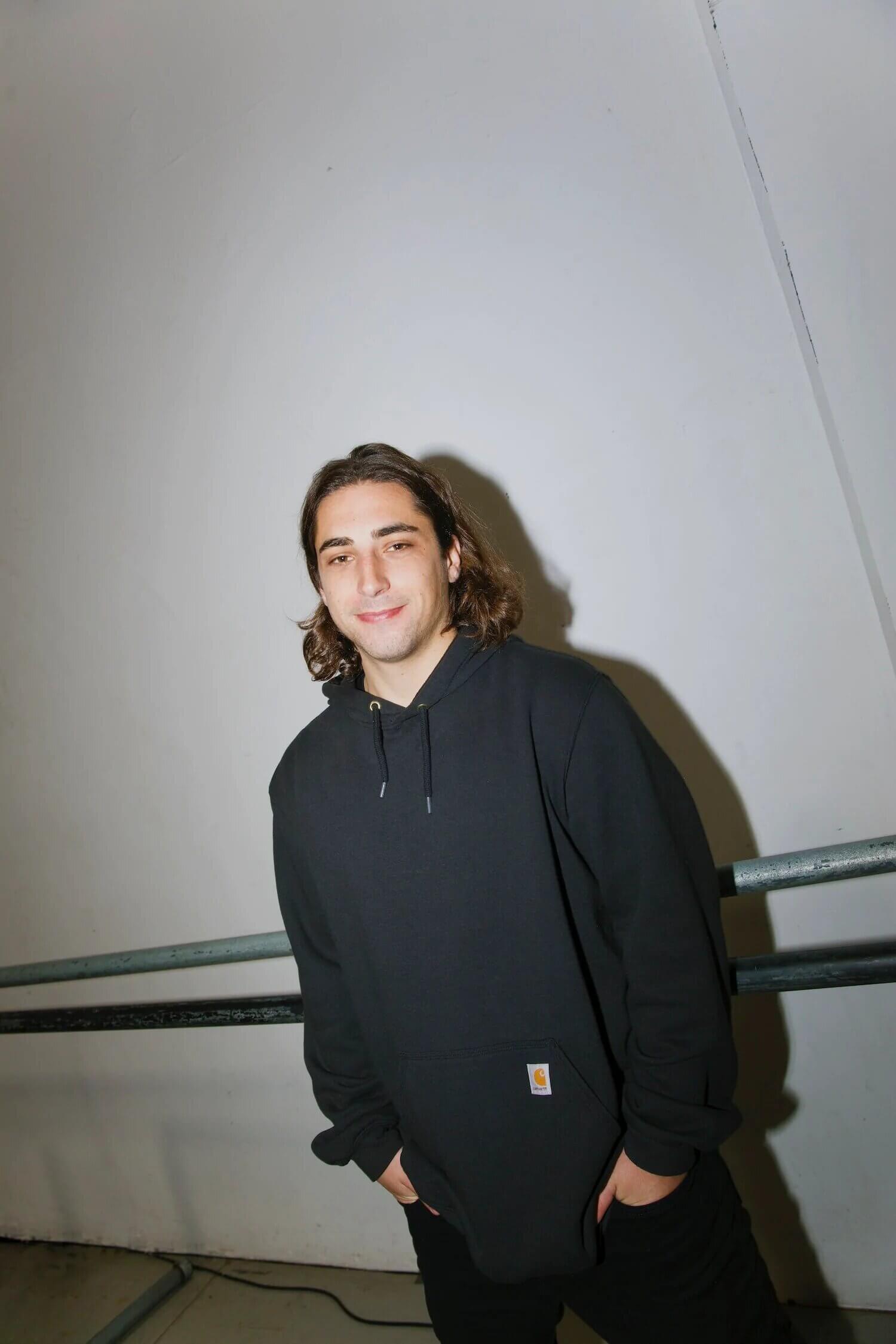 Can you explain to us the 501c3 aspect of the company to me?

Our company is a nonprofit— all dance companies and art institutions in this country are—we depend on donations to sustain our operating budget to pay our dancers, to rehearse. When we get commissioned by bigger brands or companies or theatres, we get a commission fee. But for the high art that we make, the ticket sales alone don’t provide the income that it takes to pay our dancers.

When you go to other countries around the world, their governments support the arts incredibly, but for us, we don’t have that support from our government, we have to seek it out through independent donors, which is unfortunate. It’s actually really messed up. It’s just kind of this flawed system. In New York and other metropolitan cities, the support is actually much richer because people just want to give money to see artists thrive, whereas in LA it’s a little bit different. It’s a bit more challenging in this city, but we’re figuring out different ways to make it work. So yeah, unfortunately, we depend on people’s donations to do the work that we do.

This series is called Beautiful People, so what does it mean to you to be a beautiful person in your thoughts, actions, how you live?

In regards to physicality, I think the human body is something that’s very interesting, something I think about a lot, just as a choreographer. In the most recent years, I’ve been trying to think about sexuality in regards to the human body, how they’re so different, just the pure form of the body and the architecture of the body. The simplicity of the body is so beautiful. Too often, society tries to sexualize that feeling of beauty. A human body standing still, thinking about it like a sculpture or architecture in regards to nature… If you look at someone and choose to judge them or see the good in them immediately... If you choose to see the good in them, you’re actually gonna, I think, create a lot more allies in the world. 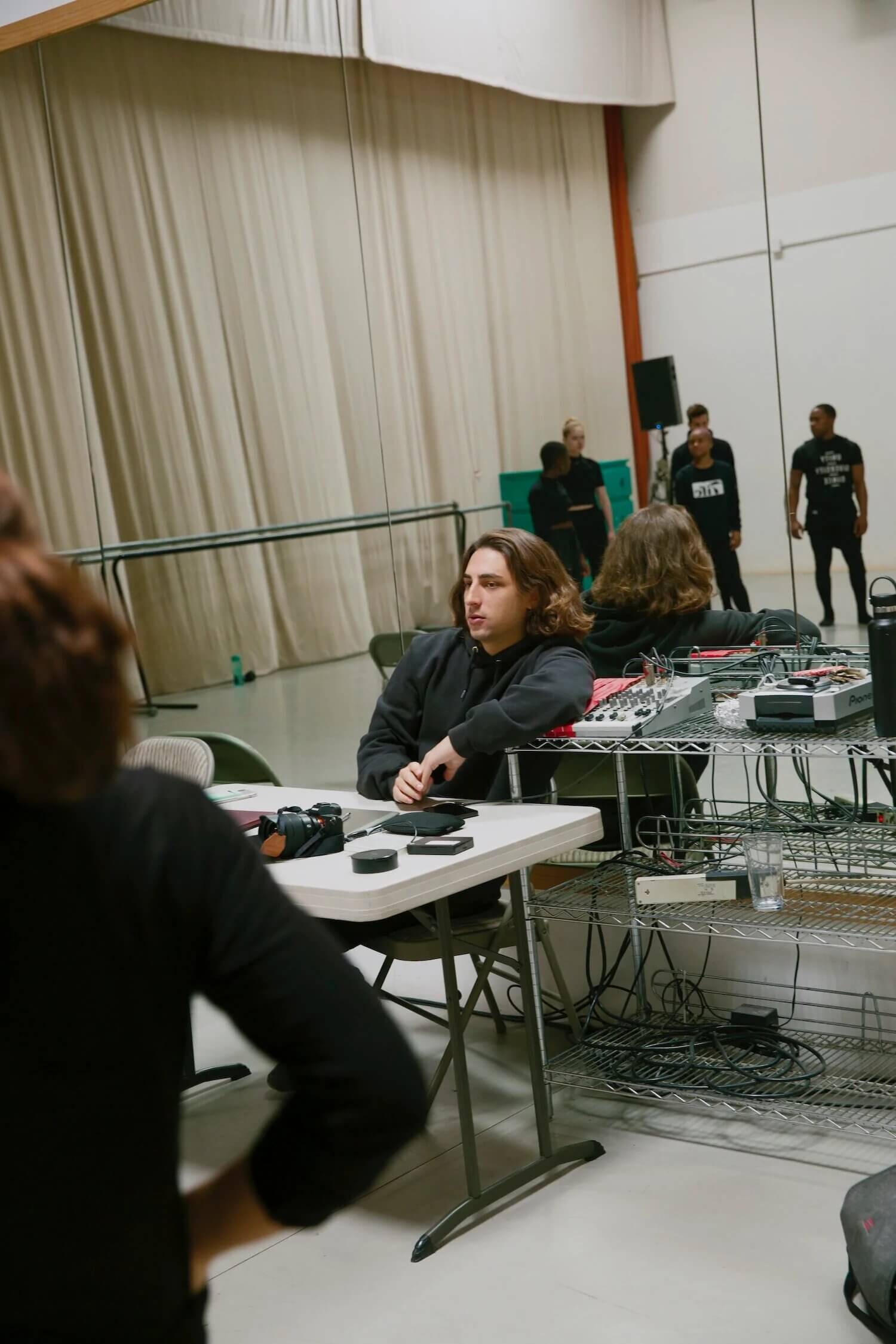 Do you have rituals or anything you do when you need to feel more grounded or centered?

The thing that keeps me most grounded is creation. It’s that constant need to explore. I really don’t do it for money or for fame, I really do it because it’s how I fulfill myself. Being around the ocean definitely keeps me very grounded. And just trying to breathe, meditate as much as possible. I think the combination of those three things, and lastly being surrounded by really good people, that kind of keep you supported and optimistic and challenged to do good work.

What does energy mean for you as a dancer?

Energy is the most powerful thing in the world. When I was growing up, being bullied a lot in school, the group of street performers I first kind of bonded with, the leader named Alex Bartlett, he said, “You have to surround yourself with positive energy. You can choose to surround yourself with anyone.” In that moment, it was me realizing that it is a choice who I surround myself with. The idea of positive energy is so real. Too often people talk about other people. And then when you actually start talking about things much greater than people—like force and matter and energy, these things that are very serious—you realize that you really have no control over anything, but if you choose to go down a path of good energy, it will only come back to you twofold. Maybe not directly, but if you just keep putting out good energy and good work and good work ethic, it will only return back to you.

What advice would you have for dancers just starting out, especially since you took a non-traditional route?

I get asked this question a lot and it changes every time. Specifically to be a dancer has one answer, and to pursue a creative path has a different answer.

To be a dancer is to be as adaptable as possible. To be able to work in different processes and work with different artists and fulfill other people’s visions and just work as hard as you can. Don’t try to pigeonhole yourself into one way of doing something. Try to be as versatile as possible and build the biggest body of work that you can. 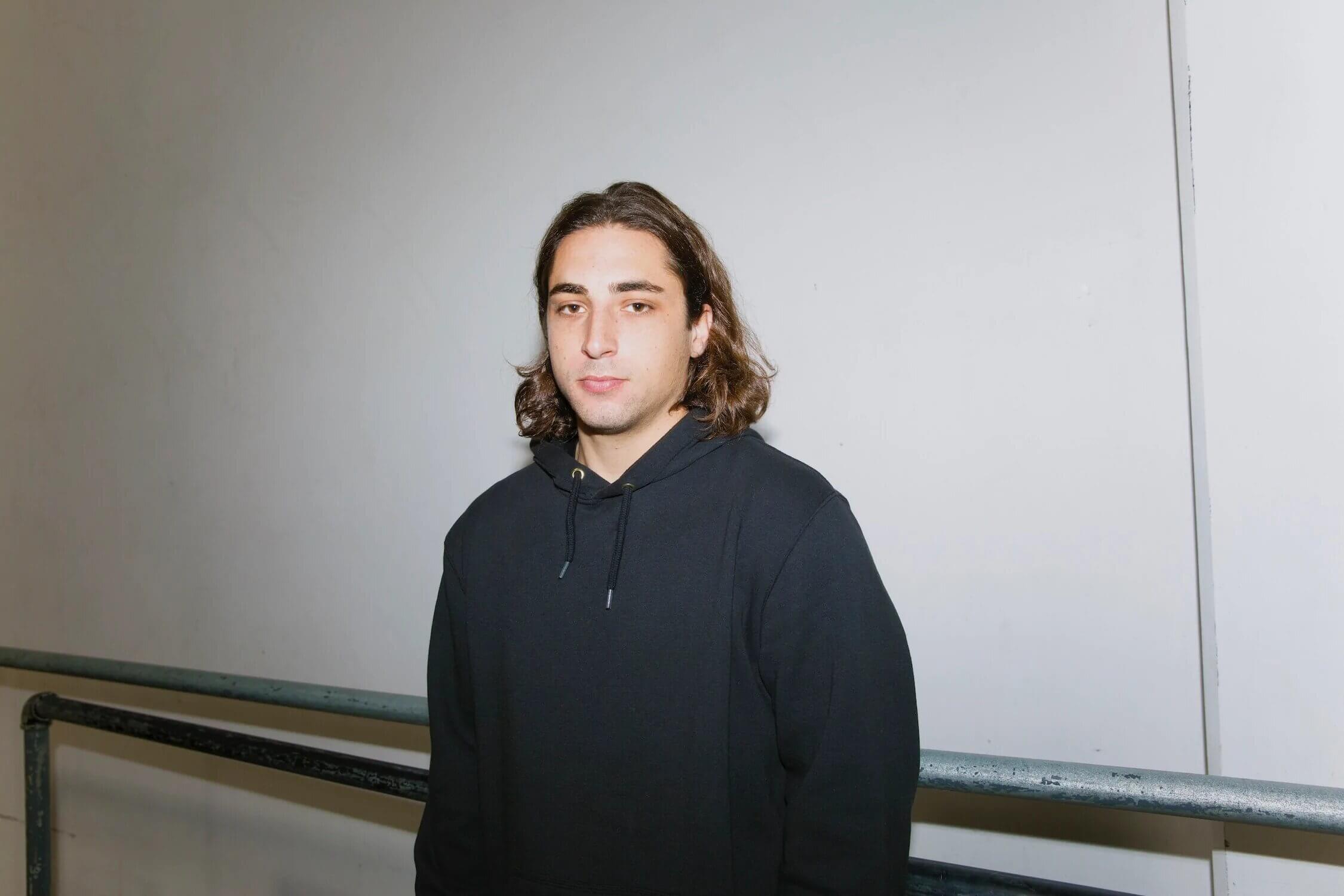